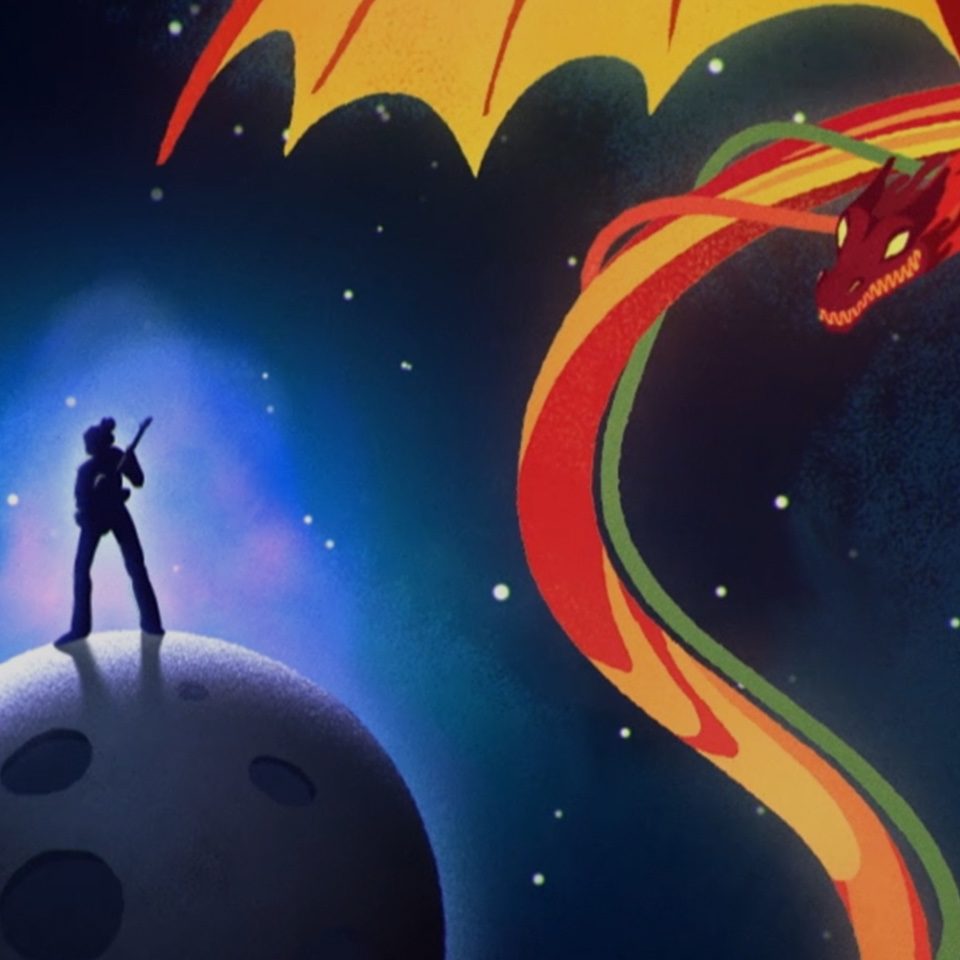 THE MAKING OF A LEGEND

When the opening riff of Led Zeppelin’s “Good Times Bad Times” came through the radio in 1969, everything changed. Jimmy Page altered the course of popular music with a single guitar: his 1959 Fender Telecaster. Co-designed with Page, the Fender Jimmy Page Telecaster is an homage to that legendary instrument, which created some of the most iconic riffs of the 20th Century. 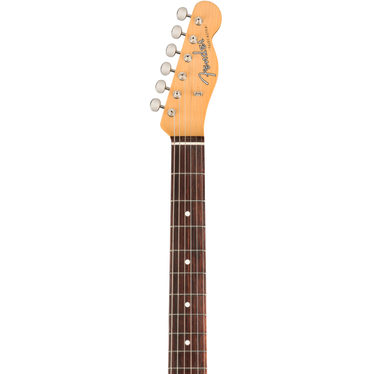 We recreated the fast, smooth-playing neck profile of Page’s original Telecaster – worn by decades of playing – and capped it with a period-correct 7.25”-radius slab fingerboard. 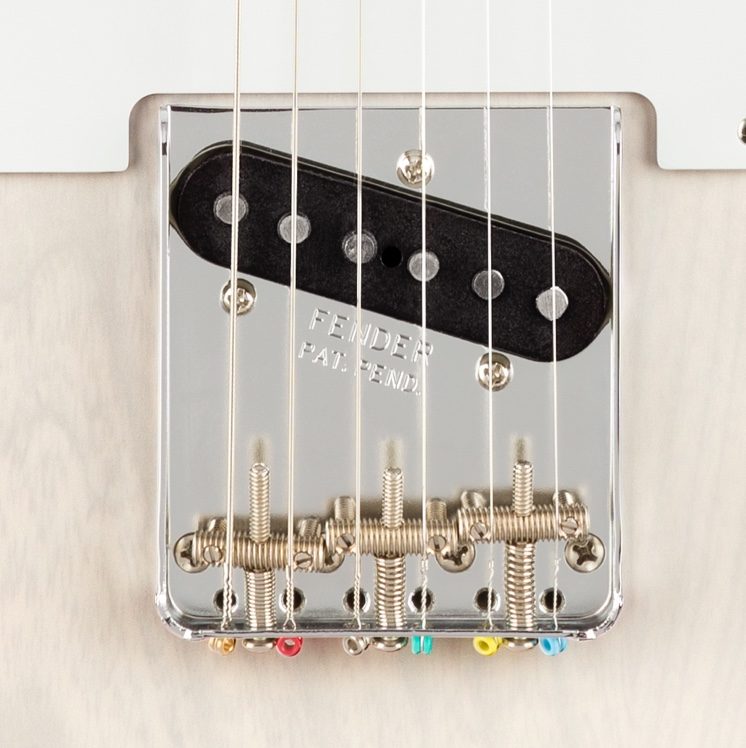 Whichever way you prefer to string your guitar, string-through-body or top load, this reproduction of a rare 1959 bridge has you covered.

Not only did Jimmy Page’s famous dragon-painted Telecaster help write rock history through the genre-defining riffs it inspired with the Yardbirds and Led Zeppelin, it also boasted quite a backstory before it resembled a mythical beast.

In the hands of its previous owner, Page’s longtime friend and Yardbirds bandmate Jeff Beck, this special Tele boasted a White Blonde finish, a maple neck and a slab rosewood fingerboard. As a prized piece of Beck’s rig, he played it often during his 1965-66 stint in the Yardbirds – a stint he landed after Page endorsed him to fill Eric Clapton’s slot after he left the band.

Beck felt it was important to acknowledge the pivotal role Page played in launching his career.

“I was still living with my parents at the time in Epsom,” Page said. “And I looked out the window and I saw that it was a- a blue Corvette Stingray outside. Jeff’s coming out, and he's holding this guitar. He's kind of always come to have a play, but he knocks on the door and said, ‘Here, this is yours.’ 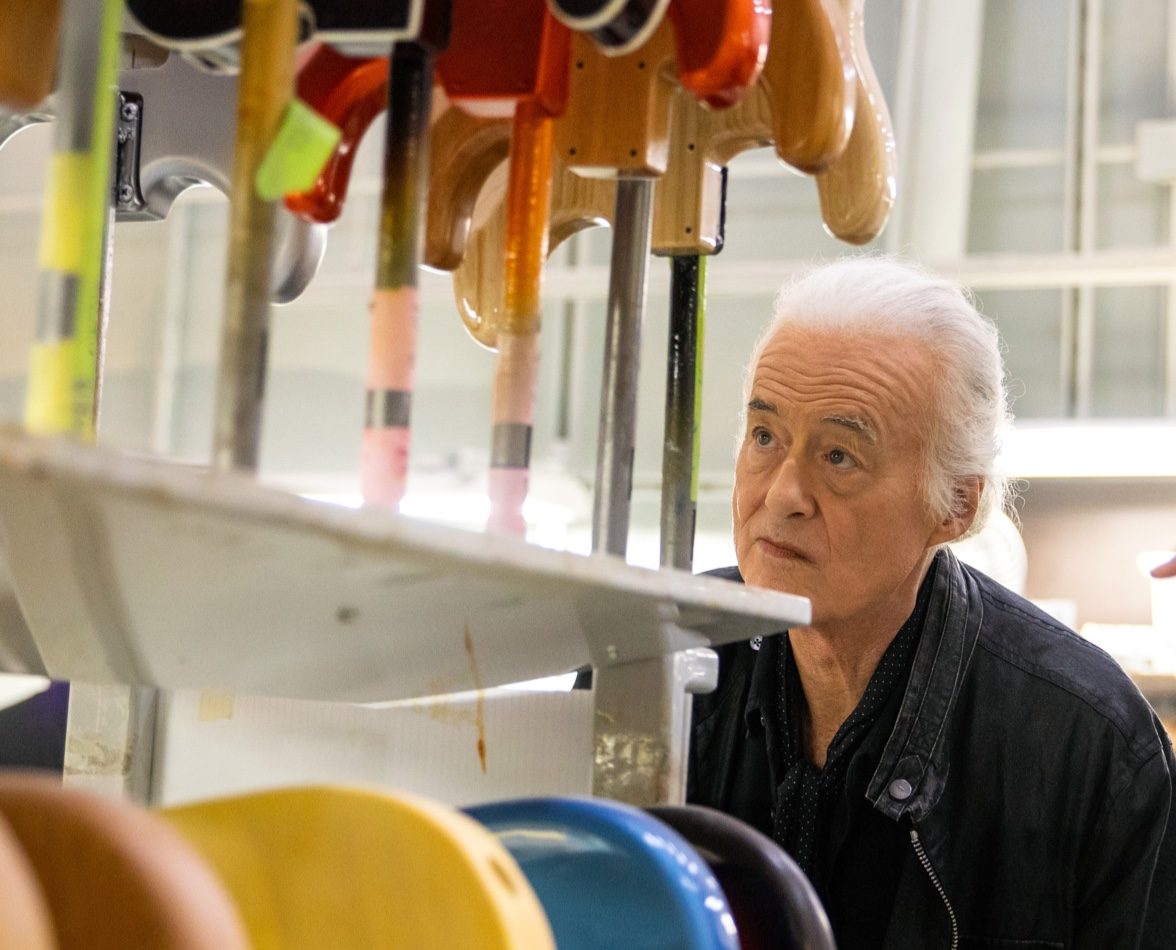 He gave me the Telecaster that he'd been using and said, ‘This is yours for getting me in the Yardbirds.’ I was obviously very moved by that.”

Page would soon join Beck in the Yardbirds on bass, before taking over on guitar when Beck left in 1966.

Once the Telecaster was in his hands, Page decided to personalize it by adding eight circular mirrors to the body inspired by the fashion and art trends of the ‘60s. Soon, however, Page completely stripped the White Blonde finish and repainted the instrument himself with darts and curls of green, orange, yellow, blue and red in a pattern that formed something of a swirling, psychedelic dragon done in a vaguely Japanese style.

The dragon’s flaming red horns and green head rested inside the blunt upper horn, green scales ran down its neck as it broke into a colorful abstraction that could include a cracked egg near the control panel and a tail that snakes into the upper bout from the lower. 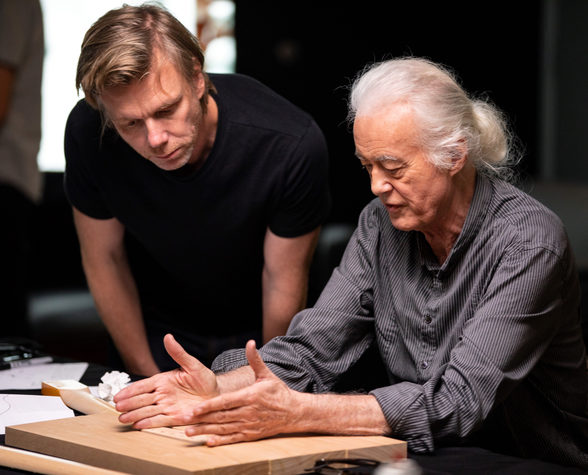 Then he replaced the black pickguard with a transparent acrylic one and inserted a sheet of diffraction grating film, which created a spectrum of colors when hit by light.

This truly magical Tele became Page’s go-to guitar and the main instrument he used during Led Zeppelin’s nascent days as they were recording the seminal album Led Zeppelin I.

“Basically, this guitar goes through from the Yardbirds relatively unscathed to Led Zeppelin, and it's the guitar that does Led Zeppelin I,” Page said. “So, it's sort of the birth of Excalibur that goes all the way through in a way. 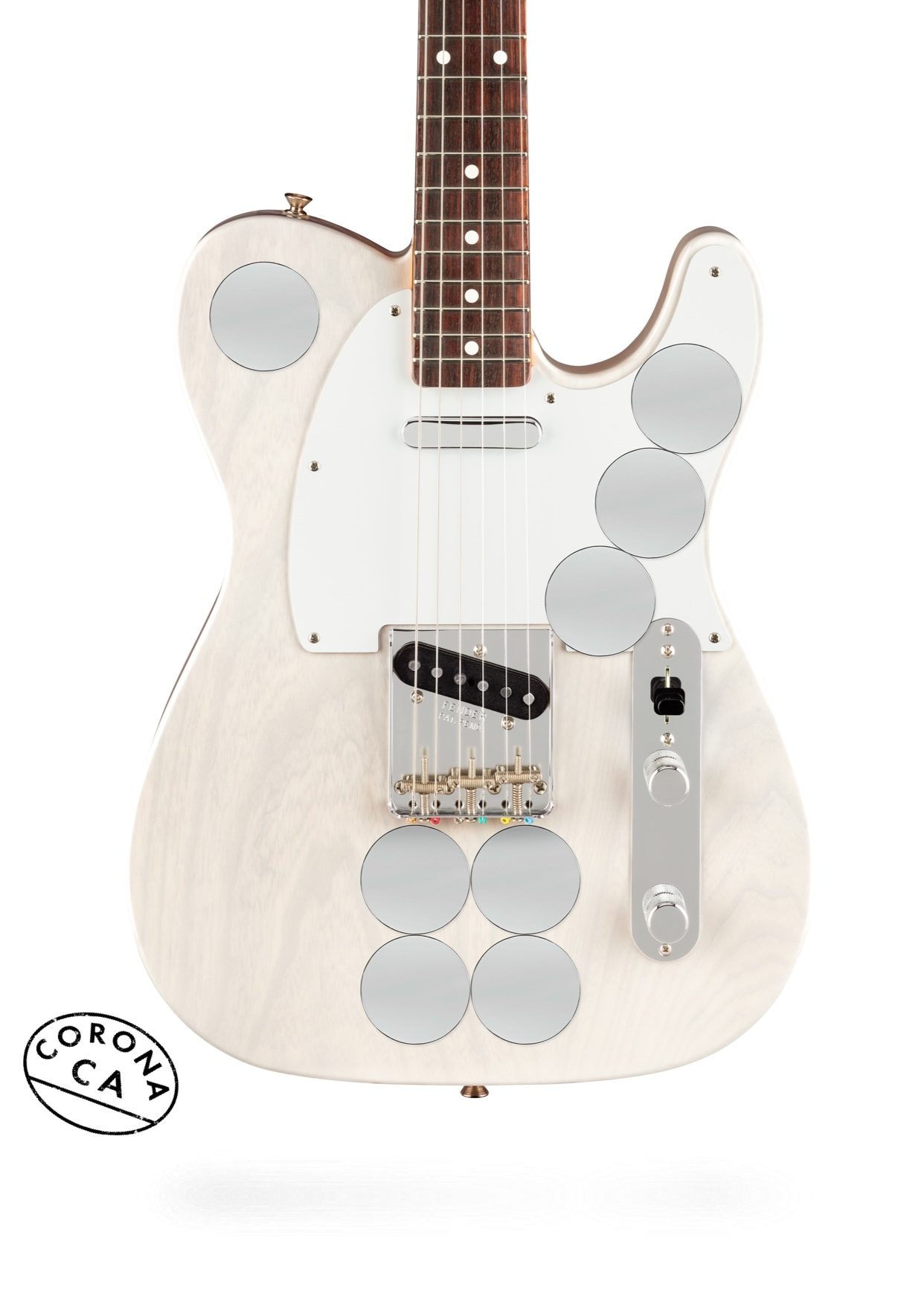 Made in Corona, California
VIEW NOW 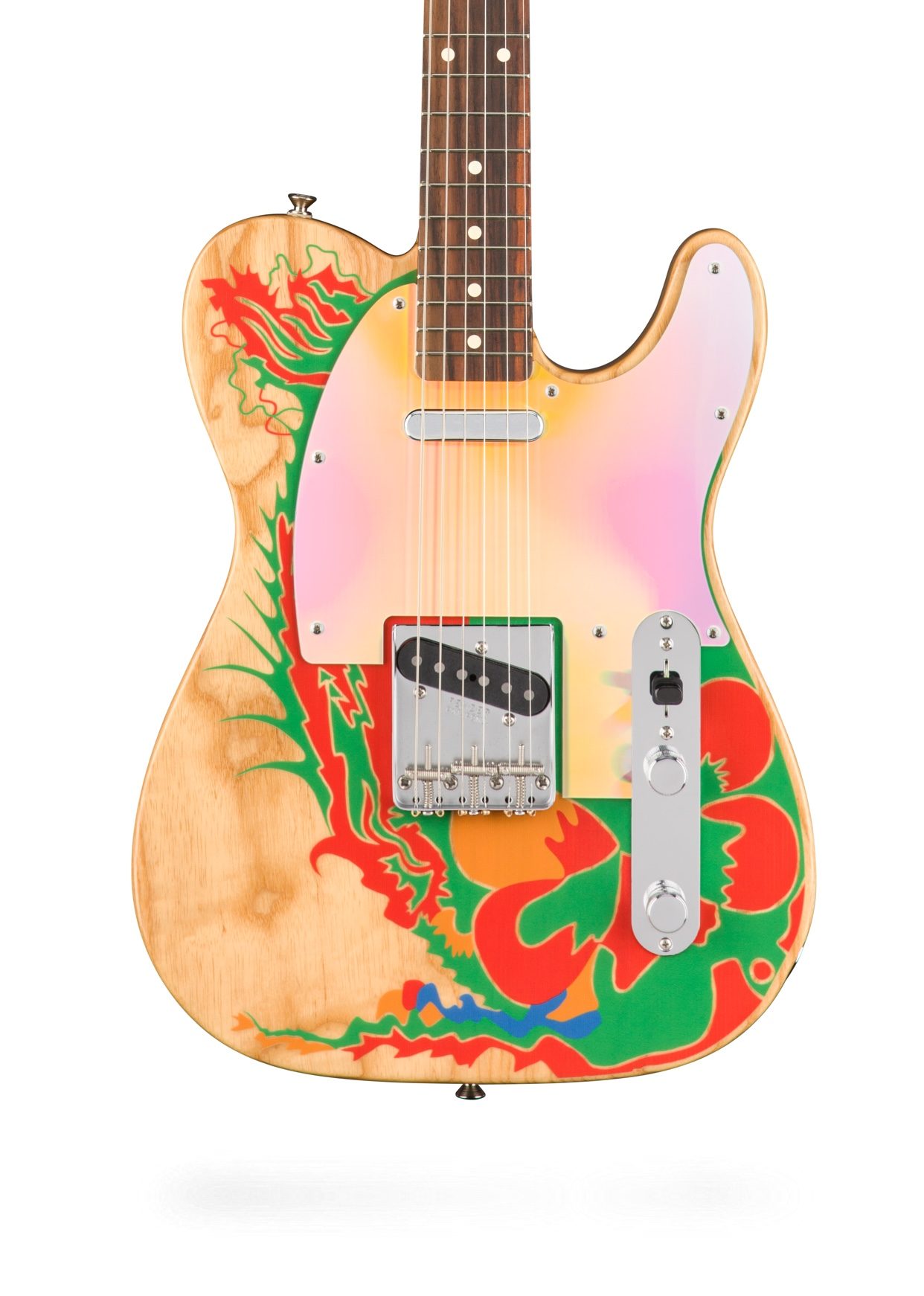 Made in Ensendada, Mexico
VIEW NOW